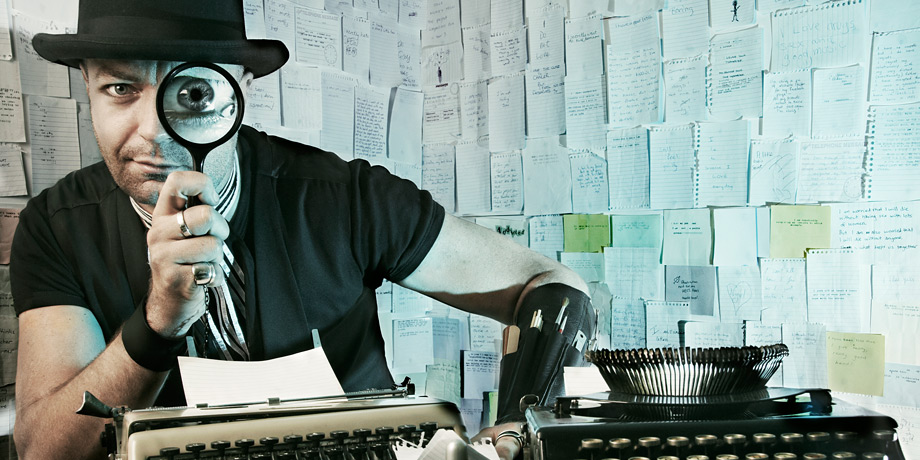 If you could tell your deepest darkest secret without being identified, would you? Should you?

Get it off your chest with Tawdry Heartburn, a six-foot-five nail technician, palmist and Manic-Curist of Secrets.

Tawdry professionally paints and polishes your nails or reads your palm, while inviting you to divulge your deepest, darkest secret via his collection of mechanical ‘gossip machines’.

“James Berlyn’s hands move purposefully as he expertly applies lashings of bright nail polish to the hands of his client. Dressed entirely in black, with the exception of a black-and-white pinstriped neckscarf, he looks more like a magician than a beauty therapist” The Mercury

Tawdry Heartburn’s Manic Cures is produced by Performing Lines WA; and supported by the City of Melbourne through Arts House.