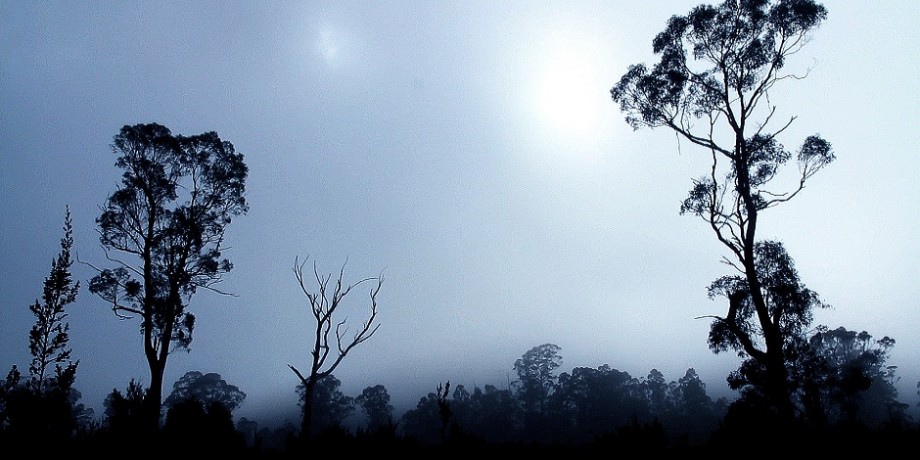 From the director of Van Diemen’s Land comes an exploration into the gothic of Australia’s wilderness.

Seen through the eyes of early settlers and convicts, Australia’s untouched and untamed landscape held fears traditionally reserved for the basements and dark alleyways of Europe.

Using the writings of Marcus Clarke as a departure point, Jonathan has created a three screen panoramic film exploring the grotesque gothic beauty of our landscape, projected onto the urban structures of Melbourne.

This is followed by an exclusive screening of Hell’s Gates – a short film that tells the tale of notorious convict Alexander Pearce and his infamous escape from the penal settlement Macquarie Harbour in 1822. Eight convicts escaped the geographical prison in a fateful bid for freedom.